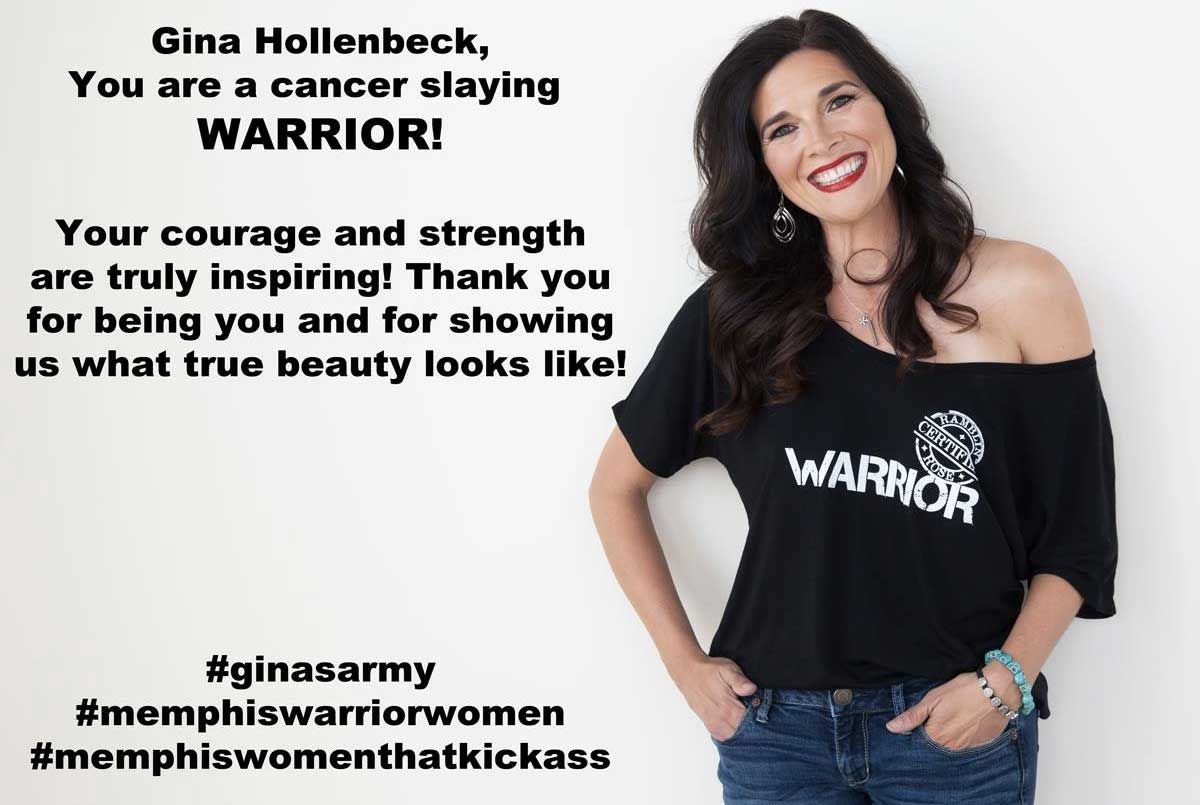 I want to tell you about my friend Gina Hollenbeck.

Two weeks after our event last year, two different people told me of an amazing woman whom I’d never met. Both lamented the story of a fitness nut, who never smoked a day in her life, diagnosed with stage 4 lung cancer.

Gerry Finney says that these stage categories are just numbers. He says that these numbers are given by doctors and scientists but they aren’t your personal number. However, whenever you hear stage 4 and lung cancer in the same sentence, it’s usually a very serious situation.

Gerry and Jeff Fioranelli had the opportunity to meet Gina first. They both told me that she and her husband, Greg Hollenbeck were absolutely electric. They said Gina can light up a room with her smile. The first time I saw Gina, I thought my wife Courtney had a long-lost sister. Once I heard her testimony about what she was facing, I knew that I had met my female Gerry Finney.

Something within Gina’s lungs is shooting tumors into her brain. She calls these tumors, “Little Richards.” She was able to knock out the first batch of tumors and was in remission over the summer. Unfortunately, the tumors came back. The hope is that in recent tests that these tumors will just be, “Little Ricks.”

While I know there are times that she must have various points of concern, her confidence and faith shine through everything.

Gina has a support team behind her referred to as, “Gina’s Army.” Her army spreads far and wide. The love shown to her is truly remarkable and just screams out how much she means to so many people. Most people call Gina, “Wonder Woman.” While this amazing human being looks like she’s jumped out of the comic book pages into all of our lives, the warrior spirit shines through in everything she does.
Gina Hollenbeck is an inspiration. Gina is a warrior. Gina is one of God’s children. She is both an incredible mother and wife. She is an incredible friend. Most of all, she is a survivor. Her battle continues but she has her entire army behind her. She will never face this battle alone. No matter what obstacles are placed in front of her, Gina will overcome them all with a smile and grace.

So, to my female Gerry Finney, for all these reasons you are one of our honorees this year. One of the greatest things that happened to Courtney and me this year is getting to become friends with you and Greg. We may have known you for less than a year, but you both make us feel that we have been in your lives forever. You are both very special people and you have our love and friendship forever. Congratulations on this honor and thank you for being such a great inspiration to so many people.