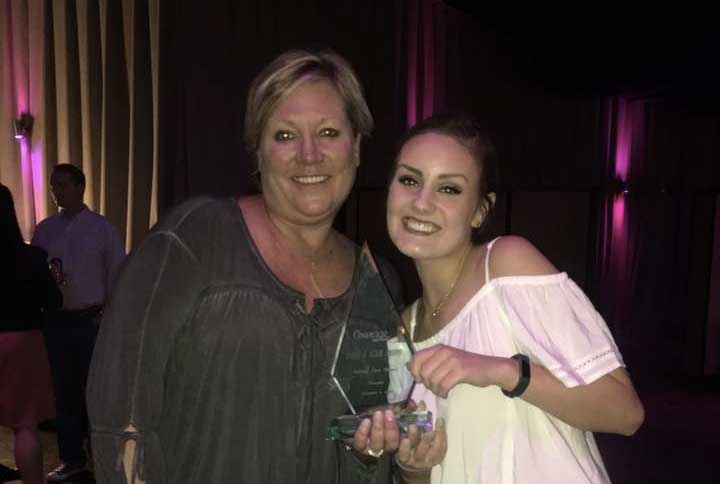 I want to tell you about my friends, Debbi Jacobson Allen and her daughter. Allie. Courtney and I were watching the CMA Awards and we saw this pretty girl who was a guest of some artist I did not know. This girl was dressed up and looked so happy but she didn’t have any hair. It turned out that the girl was a St. Jude patient who had been battling cancer in her brain.

That was the last I saw of her for a while.

Fast forward to that August and we were about to start promoting our event. I got a call from Greg Hollenbeck and Gina Hollenbeck about a friend of theirs we really needed to include for the event. Not only was the girl from the CMA’S one of the people they were talking about, but her mother, Debbi as well. At first I thought they heard them incorrectly. I said to myself, “Did he really just say the daughter AND mother?”

While Allie was battling her cancer at St Jude, Debbie went in for a checkup and discovered that she had breast cancer. At the same time that her daughter was fighting for her life, now she had a battle of her own to face. My mind immediately went to that place. How could one possibly have the strength and fortitude to fight their own battle while having worry and concern over their child? To this day I still can’t wrap my mind around that. How much does one family have to endure?

Debbi’s husband, Eric is now burdened with worry over his child and now his wife. When you look up the word perseverance in the dictionary you will see a picture of Eric next to it. To hear Eric talk about the situation that he has faced alongside his wife and daughter makes me want to give him a special award all of his own. His confidence, love and understanding are astounding. You never hear bitterness from the Allens. You hear gratefulness. This indeed is a special family.

Allie has done everything to live a normal life of a teenager while still fighting for her life. She was voted Homecoming Queen at Houston High School. However, doctors discovered another tumor in her brain. Since she’s already had radiation she can’t have it done again. Allie continues her fight while Debbi has been deemed clear.

There is no way to have this event without including Debbi and Allie. When starting this movement, I always thought about the individuals having to fight. Never in my wildest dreams did I ever think that a family would have to fight two battles at the same time. I know the Allen Family wished this had never happened to them, but the fact that it did is the reason why we honor them. Their message is one of gratefulness… gratefulness for every second of every day that they have with one another. There is no greater lesson when battling this deadly disease.

The Allens will be a part of my life forever. It’s hard for me to even remember my life without knowing their names. Their impact on my life has been one of the more overwhelming things I have had happen in my life. I am so grateful to have them as our joint honoree.

I’m so thankful for the inspiration that they give to everyone who hears their story. Continued prayers for you both!