Shortly after the birth of her second child, Dana began to experience issues that were at first believed to be related to child birth. As the symptoms persisted and became increasingly more difficult to bear, new symptoms developed and it was clear that another unknown medical issue was the cause of Dana’s intolerable discomfort. A lengthy stay in the hospital and treatment for an abscess in her abdomen seemed to address her condition. In little more than a week’s time, it was clear that further testing was necessary. After an endoscopy was unable to be successfully preformed due a blockage, emergency surgery was performed. On April 27th, 2009, at the age of 39, Dana was diagnosed with advanced stage colorectal cancer. A prognosis that doctors were unwilling to acknowledge as a possibility, a diagnosis that doctors said was practically unheard of in someone Dana’s age, was now a stark, numbing, incomprehensible reality.

Released from the hospital and sent home to heal, Dana’s reality included a battered body from her resection and colostomy, the presence of a new born baby boy and a soon to be two year old daughter, her professional career, and the need to prepare for her pending six month course of chemotherapy. Facing a future of uncertainty, Dana forged on to face her life in positive terms armed only with love, hope, faith and courage. Although at the time she did not know it, three surgeries, a reoccurrence of the cancer, a nearly six years of periodic regimens of chemotherapy would follow. Dana was now facing the challenge of her life. This, however, would not be the first time Dana had faced significant challenges in her life.

Prior to her birth, Dana’s parents were informed by doctors that tests indicated Dana’s probability for developing normally and a having a high quality of life were very poor. Despite the advice of doctors, Dana’s mother decided to see her pregnancy through. Sometime later it was discovered that Dana was in fact blind in one eye. At an early age Dana’s father was killed tragically in a construction accident. Dana decided to never let the challenges in her life or the things she did not have deter her from living life to the fullest and striving to actualize her fullest potential in every facet of her life. Anyone whom has ever had the opportunity to hear Coach Lou Holtz speak will not have to listen long before they hear him say, “Life is 10 percent what happens to you and 90 percent how you respond to it.”

Dana’s story continues to be written. Each day she continues to face the challenges of illness, managing a career, and raising a family. Continually she is amazed when people tell her, “I can’t believe you can deal with everything that you do. I could never do it.” Dana response is simple, “I have no choice. These are the things I must do. You have no idea what you can do until you have too.” Another Lou Holtz quote reads,”It’s not the load that breaks you down, it’s how you carry it.” On November 19th , Dana will continue her fight against her disease. She has sought out a team of surgical oncologist that have reviewed her case and determined that she is an excellent candidate to have the last small tumor removed in hopes to finally become cancer free. There can be no doubt that as Dana embraces this opportunity she will do so the same way she has every challenge in her life, armed with love, hope, faith and courage. 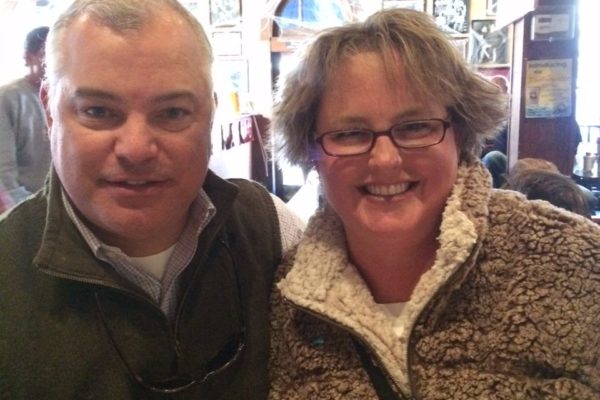 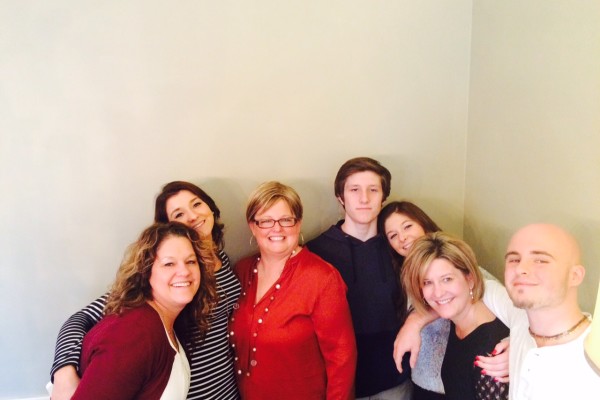